Home > Marketing > What is Cause Marketing Strategy & How to Execute it?
MMarketing

What is Cause Marketing Strategy & How to Execute it?

A cause marketing strategy is a type of promotional event that involves a for-profit organization to support a certain cause.

It could be an environmental issue, children’s education, or a social issue.

It’s about starting a movement that can make an actual difference in people’s lives.

For example, Toms Shoes has an ongoing cause marketing campaign called: ‘One For One.’ The company donates a pair of shoes to a needy person for every new purchase. So, if a customer is buying a pair of shoes, another needy person is also going to get a pair of shoes. Toms shoes have been doing it for years and people are supporting the company.

Now before we get into the actual strategy, first go through the benefits of cause marketing.

Benefits of Cause Marketing

If you identify a good cause and start working on it, the strategy can tremendously boost sales. But, you might want to be subtle about it.

Of course it’s about increasing the revenue but don’t keep that as your primary aim.

Selfless campaigns are more genuine and customers are smart enough to understand a fake campaign.

If you do it right, you can witness some great benefits of cause marketing:

Cause marketing can exponentially boost sales.

Customers are more interested in being socially aware. They would rather prefer a brand that is doing something for society.

More importantly, they want to have a sense of helping other human beings.

The company donated around 35 million shoes worldwide. In 2014, Toms brand value boosted up to $625 million.

The feeling of doing something good encourages people to make frequent purchases, which can massively boost revenue.

You start a cause marketing that will donate 10% of each month’s earnings towards children’s education.

Wouldn’t parents like to buy school supplies from you knowing some child can go to school?

In fact, two out of three people would associate themselves with a brand that works for the social betterment they care about.

Establish Your Company Above the Competition

Almost any company can donate money and it’s easy. However, when it comes to building a connection between your company and people, that’s not easy.

When your company makes efforts to bring a positive change, it raises you above the competitors.

After all, it’s not everyone’s cup of tea to donate and make an impact at the same time.

In the end, this way you can show the world that you’ve got power to change the world.

People Love it & You Can Inspire Loyalty & Improve the Trust Factor

When you motivate customers to participate in the goodwill, they tend to feel valued. It gives them a sense of being a part of a large family.

As the business continues to work on improving the issue by working on cause, it builds trust amongst the community.

Apart from that, these loyal customers bring more customers along with them. That boosts word-of-mouth. So it’s a win-win.

Imagine being a part of a campaign that actively brings joy. People praise you, reach out to you, and give positive feedback. Won’t you feel motivated by that?

Employees of a company working for a cause feel encouraged to do something strong. They feel happy knowing they are not just working for the salary.

According to a study, 6 out of 10 employees believe to have a purpose to work in a company. It should impact their and someone else’s life in a positive way.

Cause marketing gives that sense of genuine purpose and a direction.

Having elaborated on the above points, it’s time to understand how to execute the cause marketing strategy.

4-Step Cause Marketing Strategy to Get Things Rolling

To go one on one with cause marketing, you need to have a clear vision and understanding of every small aspect.

To give you an idea, here’s what you can follow up with to devise a perfect cause marketing strategy:

Step 1: Determine Your Goals & Choose a Good Cause Related to it

The first rule is to determine the goal.

With pre-defined goals and processes, you can certainly launch a successful campaign.

But remember, the most important factor is to choose a cause that fits your brand.

For example, American Express, a finance and payment modes company, started a ‘Small Business Saturday’ to support local stores for a day. It takes place every year on the first Saturday after Thanksgiving. At that time, the company encourages communities to go and shop in local stores.

Being a finance company, the campaign perfectly fits the niche. People can use American Express credit cards to make the purchase.

In addition, the company gained up to 2.7 million likes on its Facebook page.

The idea behind this was caring and making a difference in the lives of small shop owners.

Step 2: Inspire & Motivate Your Customers & Staff Members to Get Involved

In order to be good outside, you’ve to make yourself good from the inside.

Hence, the second step is to get your staff involved in the campaign. Give them a reason, purpose, and a direction to get started.

As soon as the staff starts putting efforts, customers would definitely come along.

Make sure the idea of the campaign reaches as many people as possible.

Use relevant modes to share your initiative with society. More helping hands will do nothing but bring a massive difference.

For example, Patagonia clothing company has a very beautiful way to work on a cause. Primarily, the company encourages people to buy only what they absolutely need. And secondly, the employees are happily there to help recycle everything.

Customers can bring their clothes to get re-stitched or recycled instead of throwing them away.

And guess what? The staff passionately modify these clothes to make them reusable again.

It not only protects the environment to some extent but can also produce donatable clothes for needy citizens.

Step 3: Do More than Just Donations

Like I said earlier, donating money is easy. But cause marketing is not just about donations. You have to be constantly involved in doing something that can make a huge impact.

The company keeps bins outside the store where people can donate old shoes.

These shoes either get fixed or get used in the manufacturing playground mats, leather jackets, sports equipment, and more.

So the whole campaign is not just about donating money but also about taking responsibility.

Do something extra, a little bit more than yesterday, and it will definitely boost your brand name in the market.

The final step is to get the campaign out for customers to participate.

You have to reach the right audience and encourage them to be a part of the campaign.

It’s possible via sharing the news of the campaign on various platforms including social media.

While launching the campaign, be transparent with the audience.

Tell them everything they need to know about the campaign and don’t fail to show results.

It’s important that people know your company is actually taking the right steps in the social cause.

For every tag, the company donated a pair of shoes.  Most importantly, the social media hashtags helped the campaign reach the right audience to participate.

It might seem a bit complex but these steps can flourish the future of your business.

Be more generous and encourage as many people as you can to be a part of the campaign.

Examples of Great Cause Marketing

Hopefully, the above steps will help you plan the cause marketing strategy.

Once you get started, it won’t be so difficult because hundreds of people will be working together.

To give help you get started with something, I’ve jotted down some of the greatest cause marketing strategy examples below:

If you notice, every woman’s cosmetics ad or even a shaving razor ad portrays a woman with zero body hair. But, is it not normal to have hair on your body?

So, Billie launched a cause marketing campaign to address the fact that body hair is a natural thing and it’s not something to be ashamed of.

Billie is a women’s razor brand that shared a video of women being proud and normal about body hair.

The campaign was launched under the hashtag #protectbodyhair. It was such a powerful initiative that the video soon reached 1.2 million views.

The hashtag had social media uploads from thousands of women.

It was a massively loved campaign by women that talked about a simple yet brave topic.

Domestic violence has been a topic of concern for many years. Only a few people like to talk about it as it’s a sensitive topic and rather scary.

So to create awareness about domestic violence, Fanpage.it created a simple video.

The creators asked a few children to slap their friend but the children refused to do it.

Even children can understand ethics but not adults is something to look into.

The video went viral on Facebook, youtube, and other social platforms. It gained more than 50 million views.

What Fanpage.it did wasn’t just a viral campaign but an emotion. It touched people’s hearts and made them realize the importance of domestic violence.

The Best a Man Can Get by Gillette

The #MeToo movement was pretty viral a couple of years ago. Sexual harassment was, is, and should be a topic to educate new generations.

In 2019, Gillete shared a video under a campaign TheBestMenCanBe.

A viral video by Gillette showed that men can stop other men from harassing a woman.

Men themselves can create awareness. The slogan ‘Boys Will Be Boys’ was portrayed in a positive way encouraging men to stand up against harassment.

The strong and powerful video by Gillette was retweeted 228 thousand times with 11 million views on FB video.

Dove launched unique ideas to share the message that all women are already beautiful.

A simple video by Dove showed how much time does it take for a woman to get ready. The makeup, the hair, and the editing make a woman look beautiful, but is that a definition of beauty?

Our Perception of beauty is distorted was the message shared by the Dove campaign.

And the best part is, in any of the real beauty campaigns, Dove never showcases its products. That’s the main reason why Dove’s videos always go viral with millions of views.

#ForeverAgainstAnimalTesting by The Body Shop

The Body Shop has always been against Animal Testing.

But to take it a step further, the company started a campaign #ForeverAgainstAnimalTesting with the help of influencers and celebrities.

The campaign reached millions of people via popular celebrities to stop animal testing.

The outcome of this campaign was – The Body Shop got 8 million signatures to file the petition to ban animal testing in the UN.

Wildlife awareness and animal health cause campaign by The Body Shop is certainly a great example.

In a cause campaign, you don’t talk about your business. You talk about a social issue and take steps to fix it.

If you’ve an eye to see through people, cause marketing can be way more effective than you think.

This site uses Akismet to reduce spam. Learn how your comment data is processed. 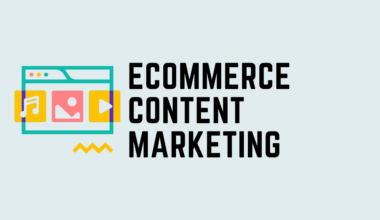 Read More
Those who don’t know how important eCommerce content marketing is, they’re missing the big part of the puzzle.…
MMarketing 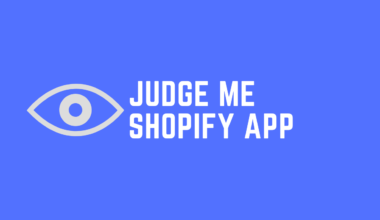 Read More
Having products reviewed by your customer is beneficial in many ways. Judge Me Shopify app lets you collect…
MMarketing

Read More
Finding the most profitable dropshipping niches in 2021 is a tough nut to crack. Before drawing up any…
SStore Design

Read More
Searching for the best Shopify store examples so that you can nail your store design? Well, get this…
MMarketing

Read More
When it comes to increasing ROI, an abandoned cart comes into the picture. You may not know this,…
MMarketing 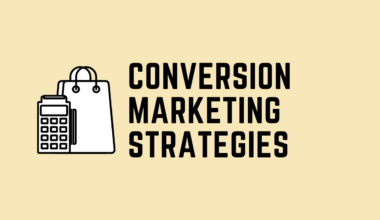 Read More
Good conversion marketing strategies are one of the best ways to make your businesssuccessful. Businesses often fail to…